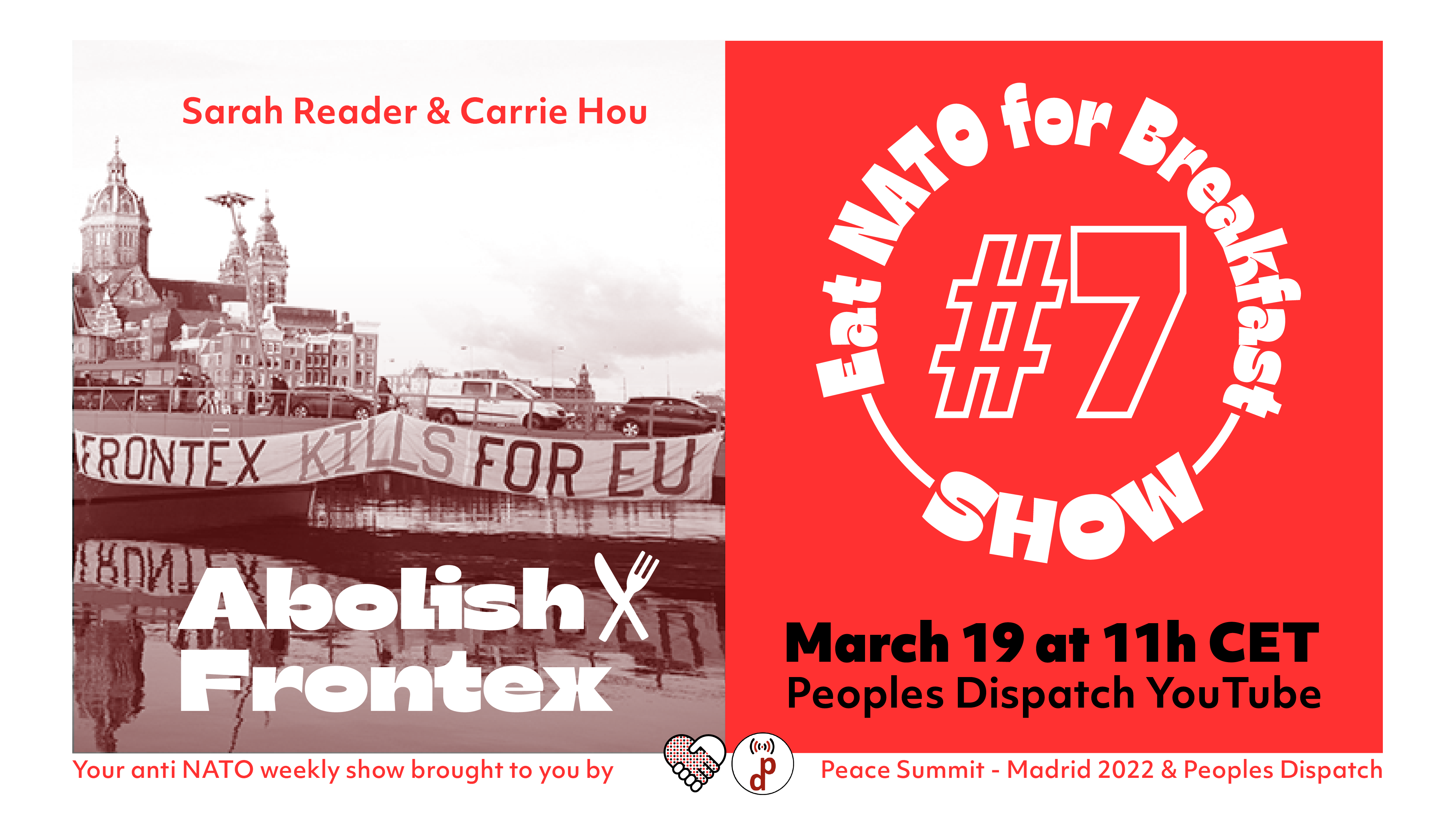 with Carrie Hou and Sarah Reader from Abolish Frontex

The militarized policies of Fortress Europe have killed over 44,764 people since 1993 – drowned in the Mediterranean, shot at borders, death by suicide at detention centers, tortured and killed after being deported. When refugees from NATO wars come to European shores, the EU violates International Law while claiming values of democracy and freedom. This Saturday we will discuss the role of the EU creating wars, chaos and refugees and the links between Frontex and NATO with Carrie & Sarah from Abolish Frontex https://abolishfrontex.org/.